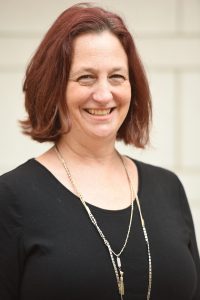 Risa Bierman is Texas A&M Hillel’s executive director. Risa has lived in College Station for 22 years and has been actively involved in the local Jewish community. She has 25 years of experience working with college students at various institutions across the country, including nearly 20 years in student life at Texas A&M. She is excited to work with Jewish students at A&M and really make it feel like a welcoming place for them to go to college and grow. Her husband is a professor at Mays Business School and her two sons are in high school. She can be reached at risa@tamuhillel.org.

Kate was born and raised in the St. Louis Metropolitan Area. She graduated from Ohio University’s Scripps College of Communication with a B.S. in Communication Studies. While in university, Kate filled her time by actively working to improve herself as a Jewish woman. She was involved in the Jewish community by acting as a Hillel Engagement Intern, re-establishing and running the Jewish Women’s Organization (JWO) at Hillel at Ohio University, doing weekly learning with the Chabad Rabbi, and participating in a Hillel Birthright trip. She has worked as a teaching assistant in Communication Studies and a private tutor, which both further fostered her love of teaching and learning with others. Most of her family works in child welfare and adoption, so Kate has spent much of her life volunteering with various related organizations. This has grown a passion and understanding for non-profit work. Kate spends her free time traveling as a United States Figure Skating judge, and bonding with her three young nieces. She is so excited to bring her love for learning and Judaism to The Hillel at A&M. She cannot wait to learn with the students and hopes to help them foster their connection with Judaism in a similar way to how amazing Jewish professions have helped her.  Kate can be reached at kate@tamuhillel.org. 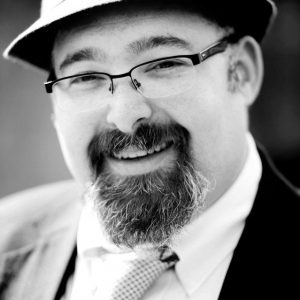 Rabbi Jonathan Siger grew up in Northport, Long Island, New York. He is an alumnus of The Portledge School, and Brandeis University where he graduated with honors in English and American Literature and was awarded the Andrew W. Grossbardt Memorial Prize in Poetry. Rabbi Siger is a graduate of The Second City’s Conservatory of Improvisation in Chicago,  where he worked as an assistant producer for the famed comedy theater.

He received his Masters Degree and later his Rabbinical Ordination from the Hebrew Union College in Cincinnati in 2002 and is a member of the Central Conference of American Rabbis, representing the Reform movement. As a student, pulpits he served were geographically diverse, from Grand Forks, North Dakota to Brunswick, Georgia.

Jonathan spent several years as the Campus Rabbi for Hillel at the University of Florida in Gainesville and then was named Executive Director of Central Florida Hillel, serving the largest undergraduate Jewish population in the country.  In 2010, he and his family moved to the suburbs of Houston.

In addition to his responsibilities as the spiritual leader of Congregation Jewish Community North in Spring, Texas, Rabbi Siger serves as a Lead Patrol and Special Operations Chaplain for the Harris County Sheriff’s Office, and as National Chaplain for the Sigma Alpha Mu fraternity.

Donations are always needed and appreciated. Click the donation button to make a credit card donation.

New to Texas A&M?  Fill out this form and we will contact you!

Want to visit Hillel?  Fill out the form and we will schedule a tour of our building with you.

Do you have a new phone, a new email, or a new address?  Please click on the button, fill out the form, and send us your updated information.